Growing up in Egypt soccer was everywhere on the street, TV, and people mind. My real connection with soccer didn’t start until I start watching Argentina legend Diego Maradona. His ball control and his game was different than everyone else playing at that time.

I started playing soccer for fun at age 6 and I had a dream of becoming just like my inspiration model Maradona. I played at many different clubs and was on all my school team.

My relationship to soccer became a necessity to either play game or have a training everyday. I played and won many tournaments and championship at high school level.

After high school my family immigrated to canada and we had moved between few cities until we settled. Soccer was still on my mind in university but as engineering student I didn’t have the luxury to play at competitive level anymore.

After School I took interest in coaching which filled my patience in soccer. I went through many courses and clubs to enhance and learn different coaching techniques. I acquired my C license Ontario soccer association. I coached at many clubs and on many different level. Coaching at competitive level I have realized that soccer cost is expensive in North America and not everyone can afford it.

Mississauga soccer academy was founded in 2018 to purse that dream. In our academy we use an evaluation system that combine age and skill to offer them a premier training and a professional team that represent the city and the country. With hard work and talent we are sure we will grow a generation that will enjoy and win soccer game.

“My passion towards football began at the age of 7 watching the magic of the dutch trio Ruud Gullit, Marco Van Basten , and Frank Rijkaard, especially with Gullit as I wanted to grow my hair just like his, and ever since that year 1988 I am a full pledged Netherlands and Ac Milan supporter.

Football is much more than just a game, its represents freedom of external worries, I feel focused and liberated on the pitch as all I can focus on is playing and enjoying the beautiful game.

Now as a coach, I feel that teaching soccer is more than just tactics and maneuvering , it builds team spirit, a feeling of belonging, unity, discipline, sportsmanship, fitness and above all, excitement and joy.” 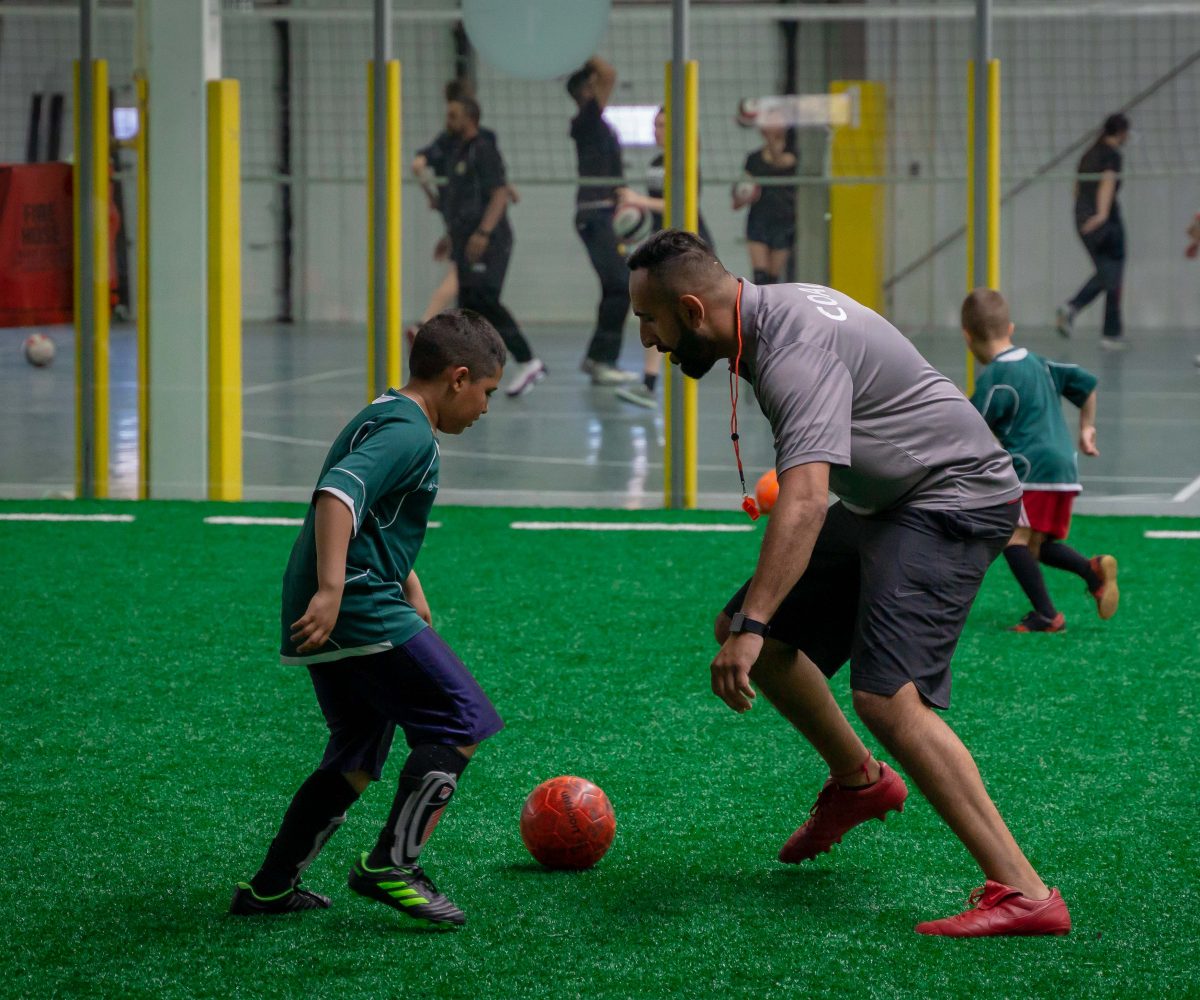 “I lived in the Caribbean for over 40 years and grew up playing Soccer. I am passionate about the game and my knowledge and understanding of the rules allow me to teach the game technically and practically.
I began coaching as a parent volunteer for the Boys U7 age group in the Fall 2015 Season at Erin Mills Soccer Club and have been continuously coaching there every season. Through this coaching experience, I personally enjoy the Fitness Training along with the Technical and Skills Training we provide at Mississauga Soccer Academy that results in the overall development of the players.
The greatest enjoyment for me in Coaching is when a player unexpectedly shows their skill that they would have learned and achieved whilst having fun.
My all time favorite soccer player is Diego Maradonna.”

“My introduction to football started at very early age of 5 in Nigeria. It was the only sport I was exposed to and I loved every bit of it. It was never about the number of goals but the passion, skills, magic, uniqueness and cleverness embodied in some of the best such as Zidane, Ronaldo, Cafu and Ronaldinho was what I enjoyed.

After school, I would watch countless number of youtube videos to study these guys and how they work their magic. But I was never good enough to play nor was I taught the basic skills until I was around 12 years old. As my athleticism improved, I was more involved in the game through varsity teams in elementary and high school, and ultimately Caboto Soccer Club while I was attending the University of Windsor.

This is my first coaching experience and I want to be involved in passing vital knowledge to the young players because I truly believe it is important to start an early age.

Football comes first, no matter the team but my favorite club and player is FC Barcelona and of course, Messi.”

I can’t exactly remember when I started loving soccer, but soccer is a very famous sport back in my country. People breath soccer, eat soccer and drink soccer. Both my father and uncle are soccer fanatics, and that’s when I started watching soccer at a very young age and started following soccer matches on Television.

I started as a goalkeeper since I was five years old. My older cousin was also playing soccer in a junior academy, and he began as a defender, and he was very good with his feet, and he was a good kicker.

“In year 2000, I fell in love with Real Madrid, final Champions League against Valenica, with a 3-0 win. In the same year, Portugal made an outstanding performance in the Euro, most notably, Luis Figo, who became my favorite player of all time. Ironically enough, Real Madrid bought him that year after the Euro.

Growing up, as most of kids back home, I used to play football (soccer) on the street and at school. I started training in a small club then I moved to a bigger one by the age of 14. When I immigrated to Canada, I stopped playing for almost 7 years.

When I started playing again, I had to battle weight gain and poor fitness. With several knee injuries in a span of 2 years, I decided to be fit so I can play as long as I can. With an opportunity to be in Mississauga Soccer Academy, I decided to become the fitness coach and to obtain a Soccer Fitness Diploma from Ontario Soccer Assocation.
“